The 2011 Census Profile for Sandwell aims to provide an overview of the socio-economic conditions within the borough, each of its six towns, and its constituent wards.

The profile follows the format of the previously published Town Profiles, and includes a series of tables, maps and charts summarising Key Statistics data from the 2011 Census for Sandwell wards, towns and the borough.

Tables throughout highlight the highest and lowest values for each indicator for wards and towns.

Since 2001, Sandwell's population has increased by 8.9%. However, there has been a large variation by ward, and whilst most wards have seen an increase in population, some have seen a fall. 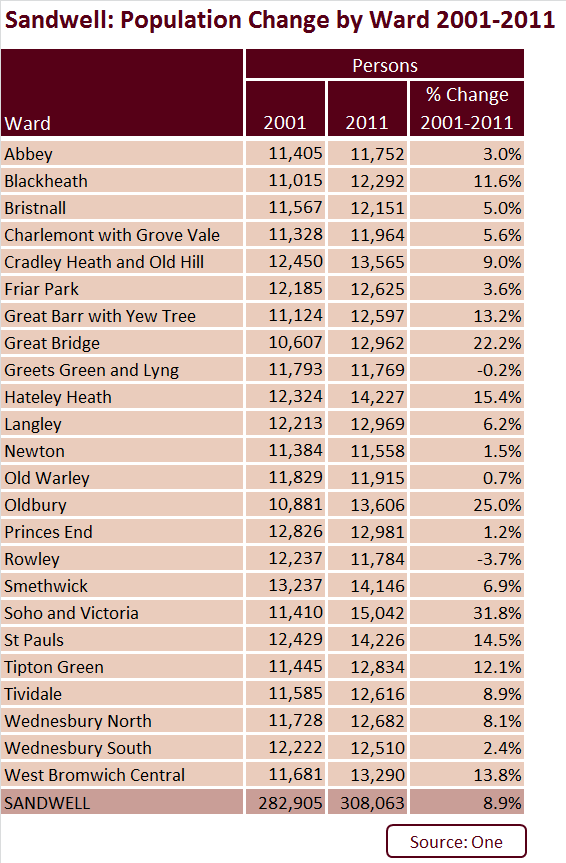 The 2011 Census results show that Soho & Victoria now has the largest population in the Borough, with over 15,000 residents.

The majority of Sandwell wards have more female residents than male, with the exception of West Bromwich Central and Greets Green and Lyng (which are made up of 51.2% and 51% of males respectively). 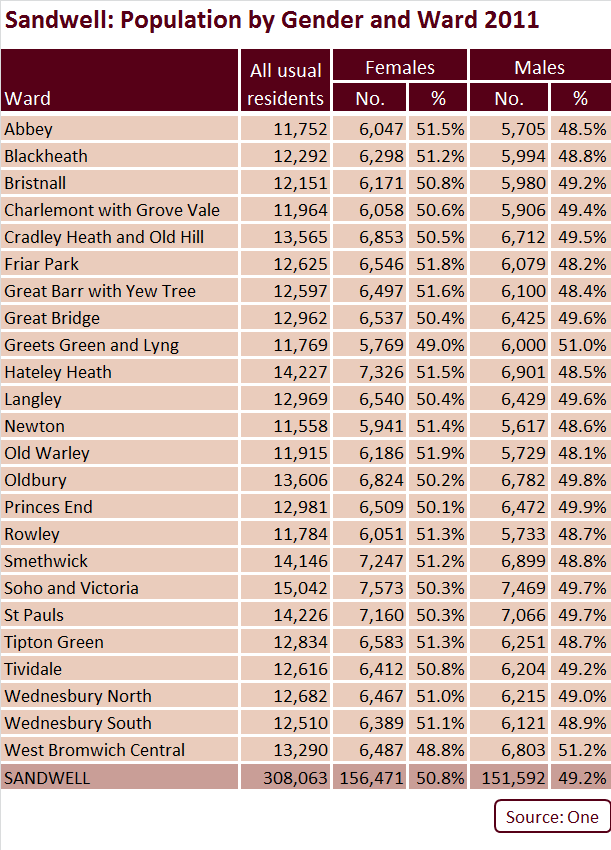 In terms of broad age bands, there is considerable variation by ward: 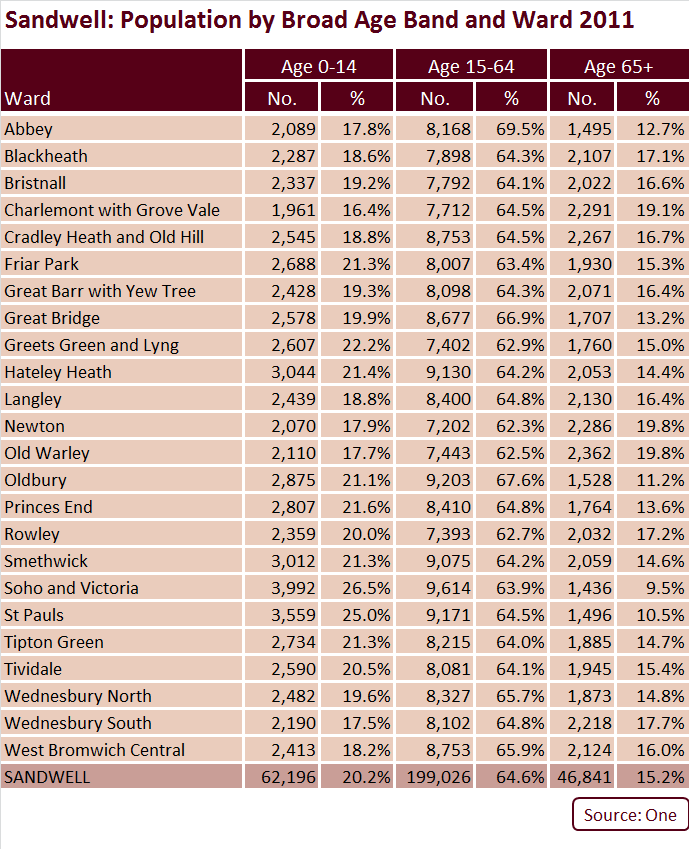