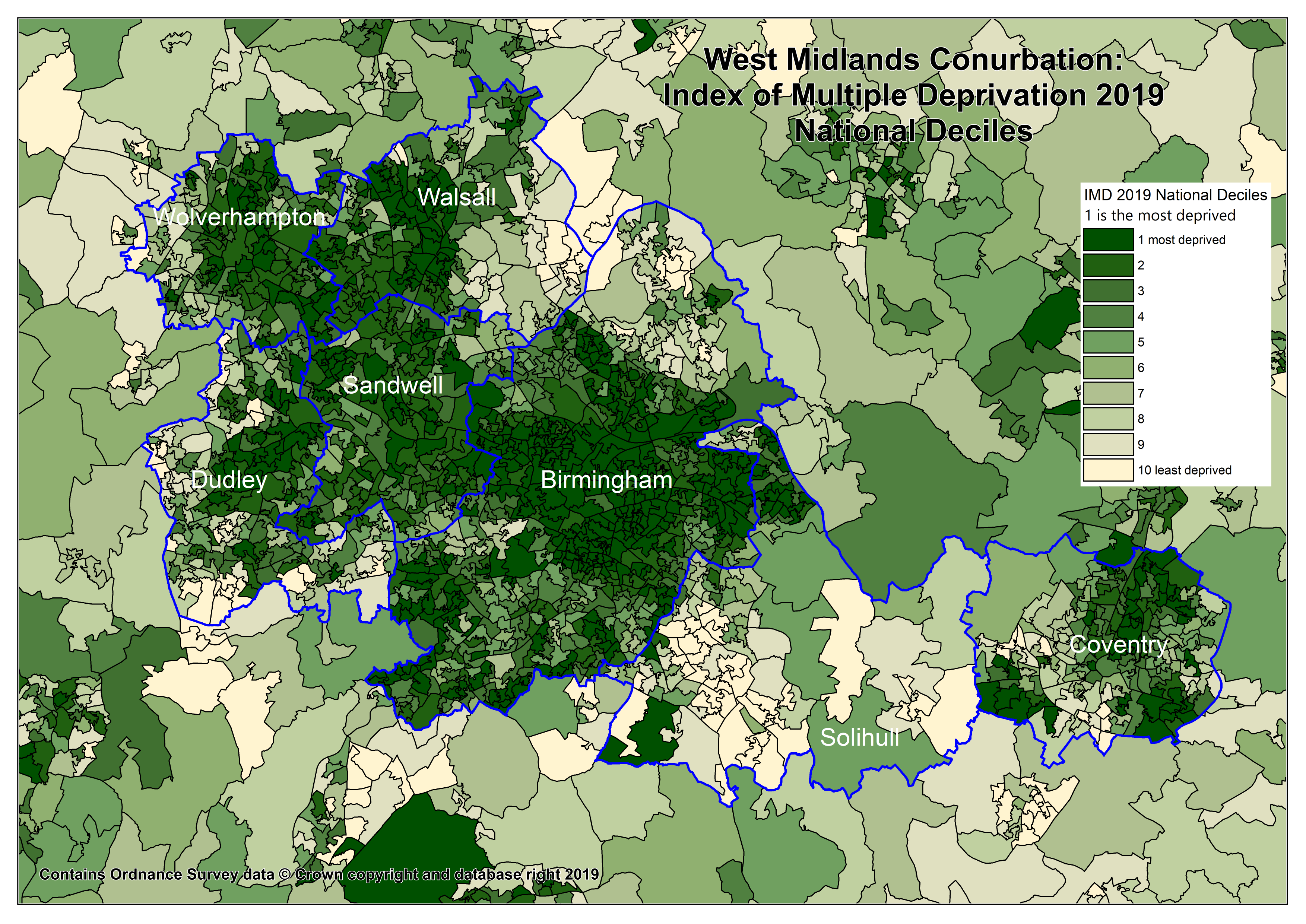 The Indices of Multiple Deprivation (IMD) 2019 shows Sandwell’s average deprivation score as ranked 12th most deprived local authority in England, out of a total of 317.  Previous IMD results for this measure show that Sandwell's position has declined slightly relative to other districts in England. Sandwell was 13th most deprived local authority in 2015.

Within the West Midlands conurbation there is a central corridor of severe deprivation that runs from Birmingham, through Sandwell, into Wolverhampton, parts of Walsall, and Dudley.  The less deprived areas are around the extremities of the conurbation and within the adjoining district of Solihull.

Sandwell's location at the centre of this deprived urban area means that the borough does not benefit from having a semi-rural fringe - indeed, Sandwell is the only metropolitan borough outside London that does not adjoin a Shire district.  The likely impact of a largely deprived hinterland should not be underestimated as a significant limiting factor on the potential to address some of Sandwell’s deprivation characteristics.