The first set of data was released in June 2022, and for local authorities includes usually resident population by age and sex, the number of occupied households and population density. The second topic released on 2nd November covers demography and migration data, and includes household composition, country of birth and migration.

Further data will be released throughout autumn and winter 2022/23, based on key topics. The provisional dates of release by ONS are as follows:

Area profiles will also be released late in 2022, to allow users to view statistics from across different topics for a particular area and compare local statistics for an area against national statistics.

You can access national data as it is released on the Office for National Statistics (ONS) website.

You can also view a visualisation of the latest data for Sandwell.

The 2021 Census estimates that Sandwell has 341,900 residents, a rise of 11.0% since 2011. This compares with a rise of 6.3% in England and Wales. The previous Census in 2011 saw a reverse of the declining population trend experienced since 1971. The latest Census sees the population of Sandwell growing to an even higher level than that in 1971. 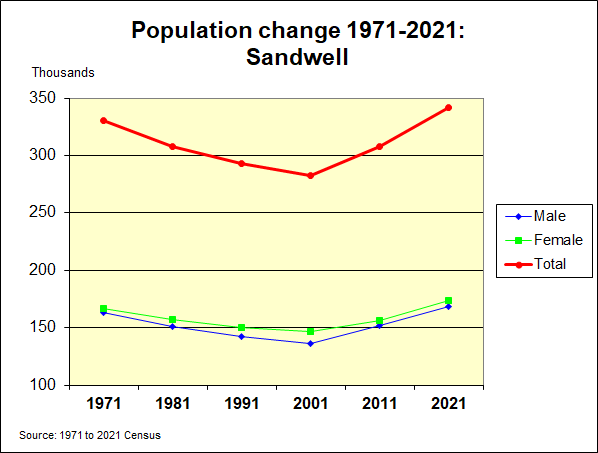 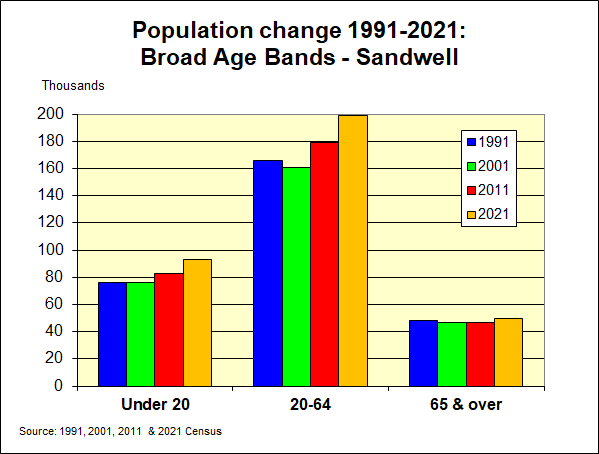 Sandwell’s population in terms of broad age bands is shown in this graph.

You can download the 2021 Sandwell & England data by age and gender here. 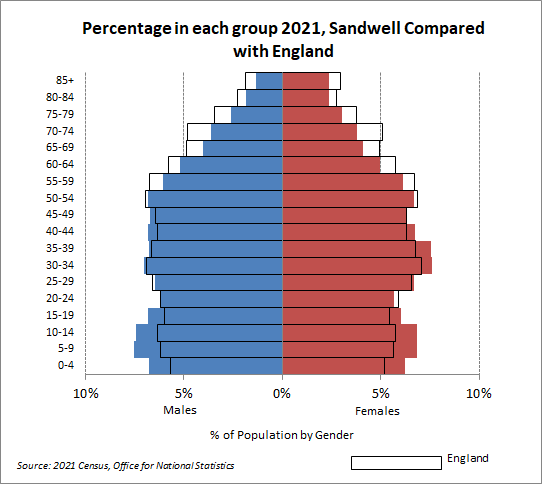 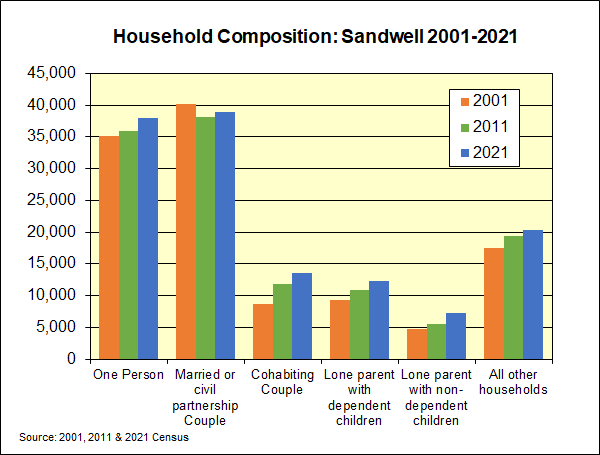 In terms of household composition, in 2021, 38,042 households in Sandwell are made up of only one person.

62.1 % of households in Sandwell are deprived in at least one dimension or measure of household deprivation (compared with 51.7% in England & Wales); this number has decreased since 2011, when it was 69.5%. 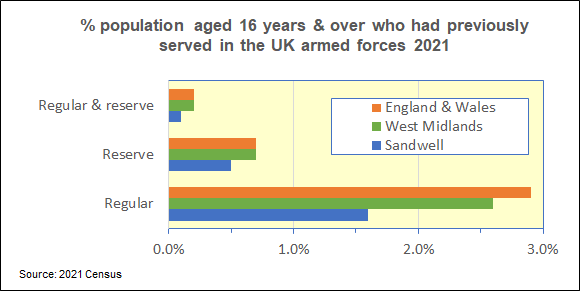 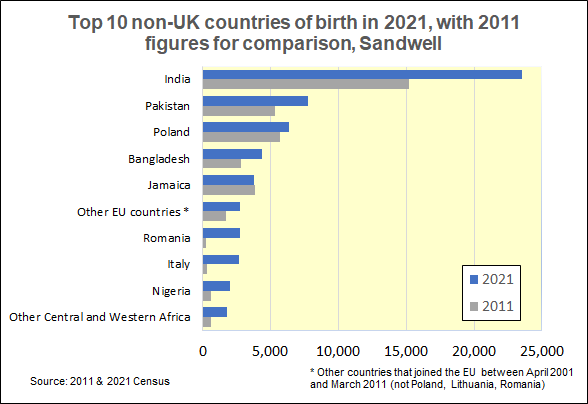 In 2021, 84.6% of Sandwell usual residents identified with at least one UK national identity (English, Welsh, Scottish, Northern Irish, British, and Cornish); this compares with 90.3% in England & Wales.

Where respondents selected they identified as one of the “other” ethnic groups within each broad category, they were able to write in their ethnicity. This has enabled ONS to produce a detailed ethnic group classification, providing insight for 287 ethnic groups. 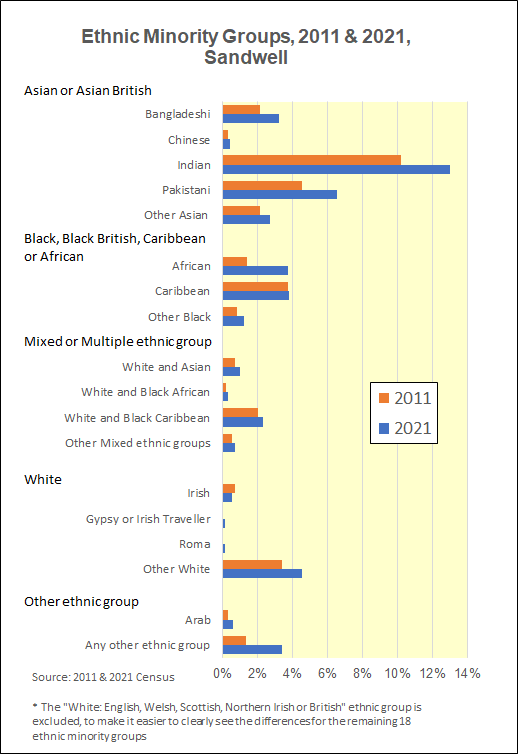 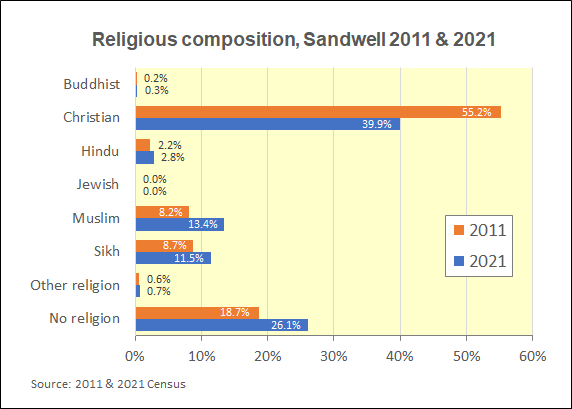