A resident is considered economically active if employed, self-employed, unemployed but looking for work and able to start within two weeks, or a full-time student who also has a job. The figures referred to below are for those residents aged 16 and over. 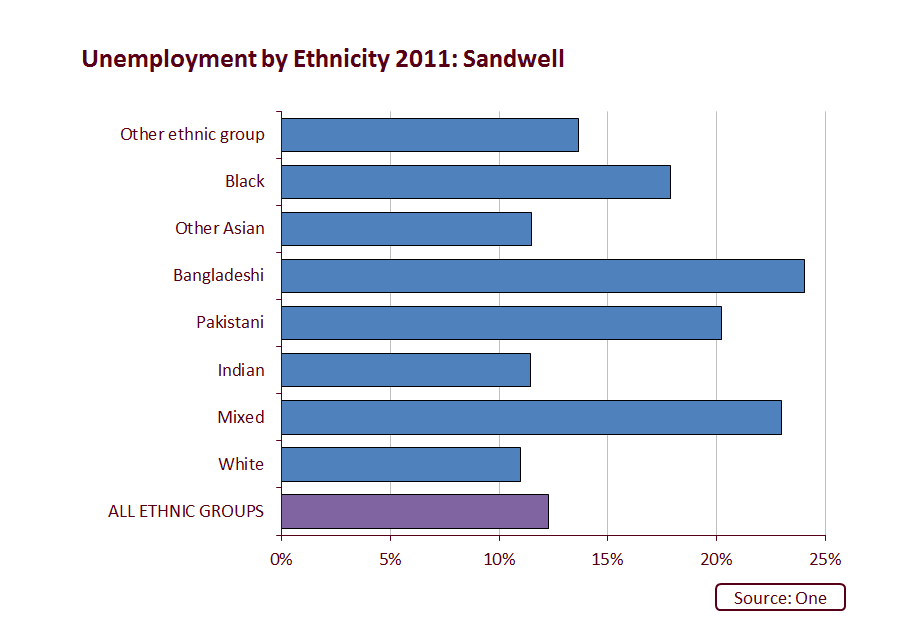 Detailed data by ethnicity and ward can be downloaded as a spreadsheet.

Considering the different ethnic groups, White British residents are less likely to consider their health good or very good (73.3%). This compares with 89.9% from mixed/multiple ethnic groups and 84.4% of Bangladeshi residents. In contrast 8.9% of White British residents consider their health to be bad or very bad, compared to only 2.8% of those of mixed/multiple origin. Looking at the wards: 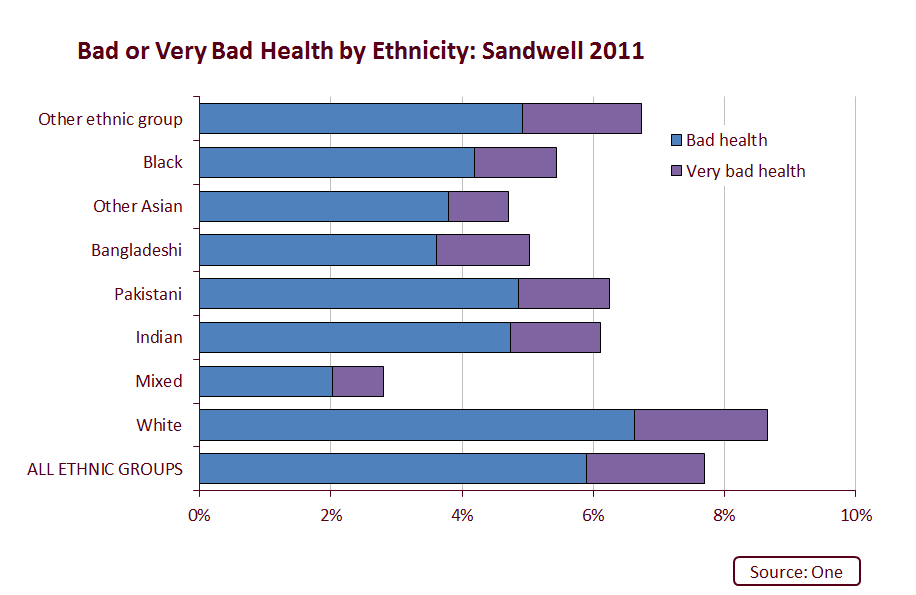 Data on general health by ethnicity by ward can be downloaded here.