Ethnicity by Age and Household Composition

A breakdown of ethnicity by age for Sandwell is available here, and is summarised in the graph.

The ethnicity profile of the various age groups in Sandwell are markedly different.

Older age groups are largely White, with all age bands over the age of 60 being over 80% White origin.  For instance, 93% of those aged 85 & over are White, and 90.9% are White British. The next largest ethnic group of this age is those of Indian origin (3.4%).

Considering the age profile of the different ethnic groups, there are a few key points of note:

Ethnicity by age data is also available for Sandwell wards. 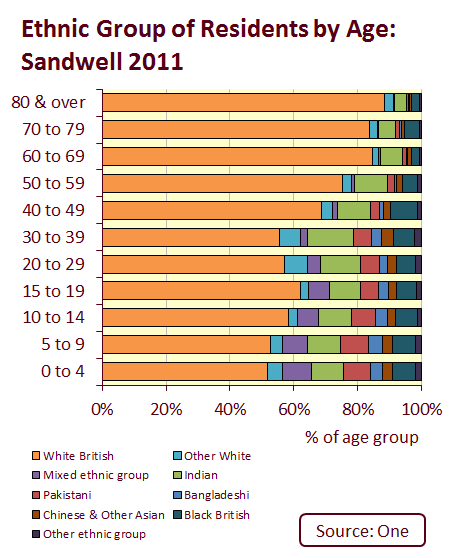 A spreadsheet of household type by ethnicity by ward can be downloaded here. 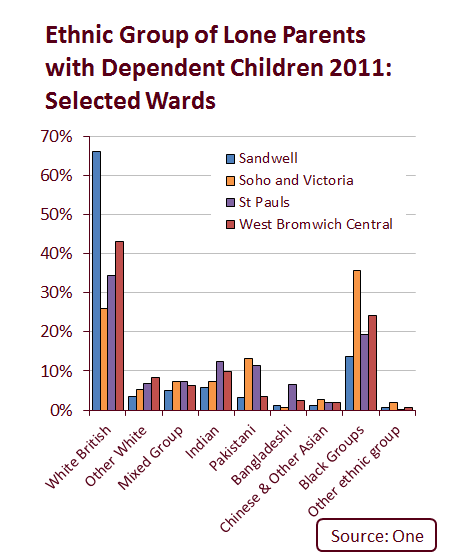